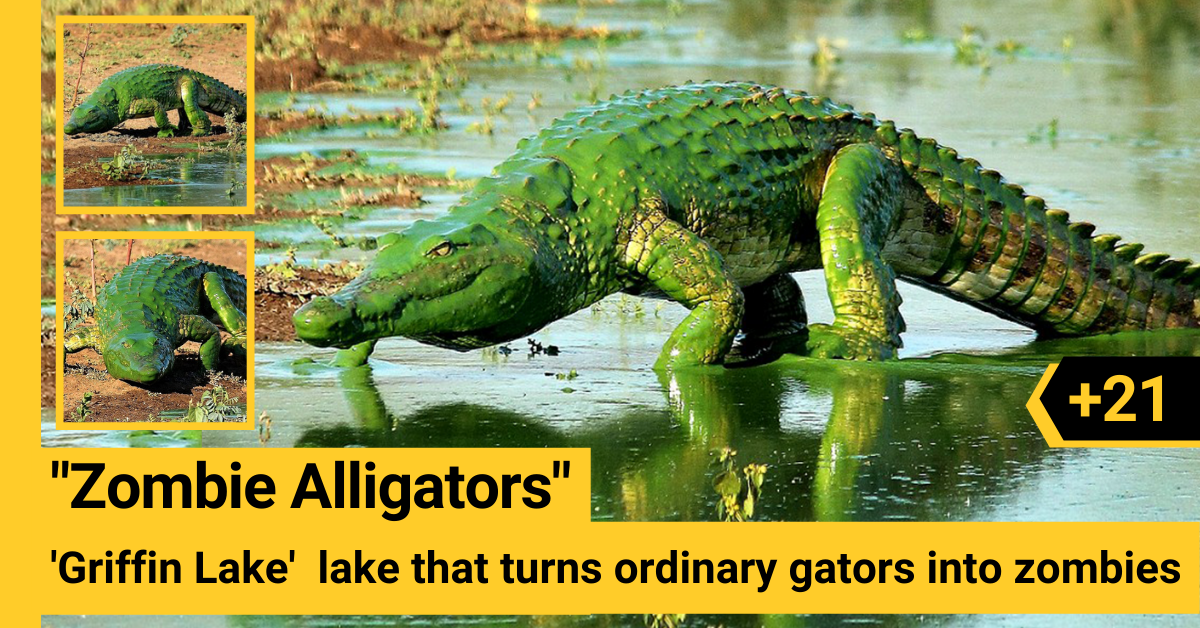 A toxic strain of blue-green algae may be involved in the skyrocketing number of alligator deaths in Lake Griffin during the past two years, say state officials and University of Florida researchers.

Cylindrospermopsis, which accounts up to 90 percent of microscopic floating algae in the lake, is the possible culprit because it produces toxins known to cause death in animals, researchers with UF and the Florida Fish and Wildlife Conservation Commission recently learned. 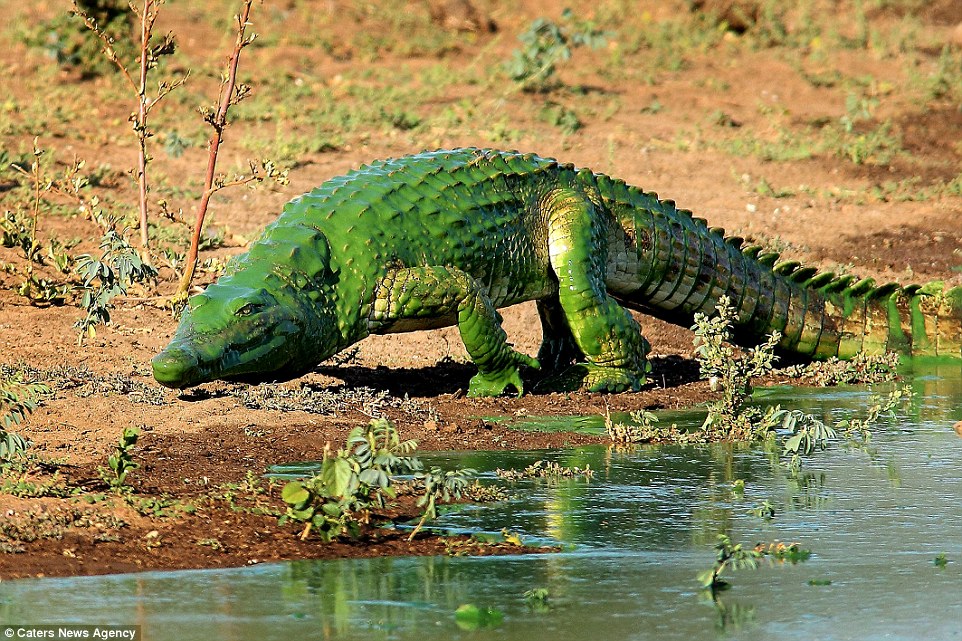 Experts have been stumped by the dramatic change in the lake, where they say two or three alligator deaths a year would be normal, not the 200-plus of the past two years. 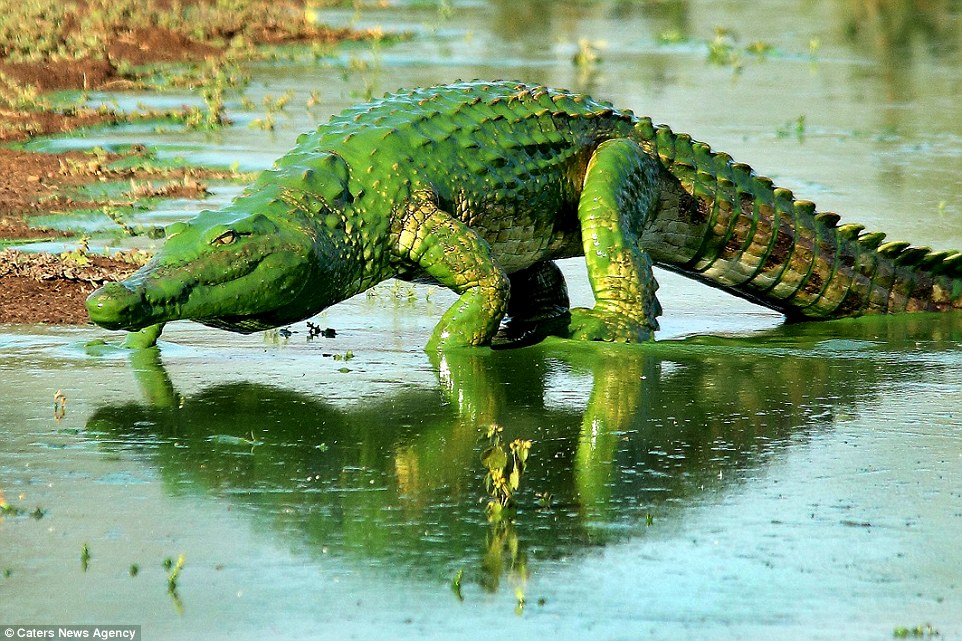 “The types of toxins normally associated with the cylindrospermopsis algae have been hepatotoxins, which affect the liver and kidney. 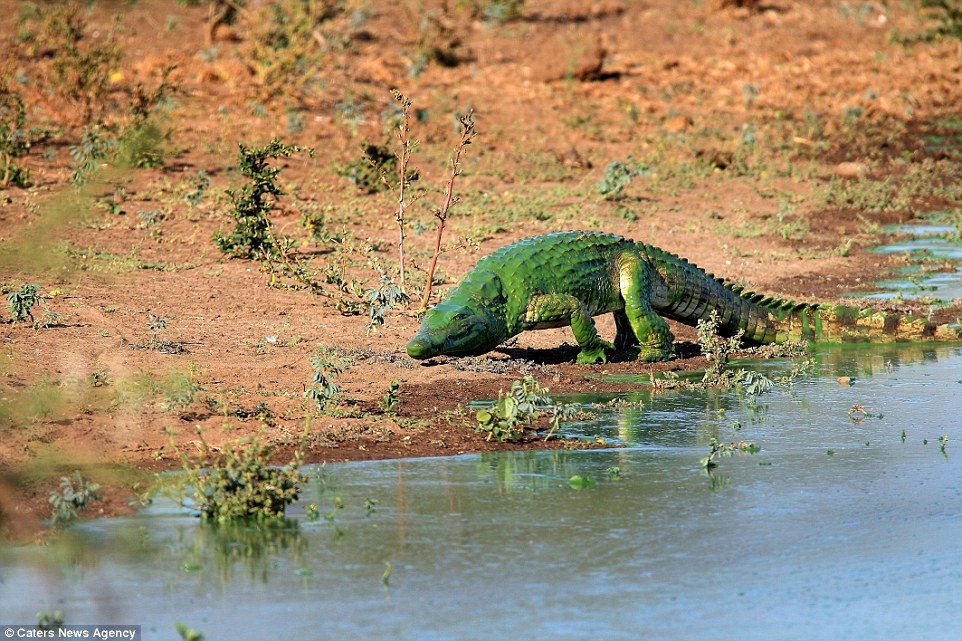 but in the alligator deaths, there has been no indication of the action of hepatotoxins,” said Edward Phlips, an associate professor with UF’s Institute of Food and Agricultural Sciences. 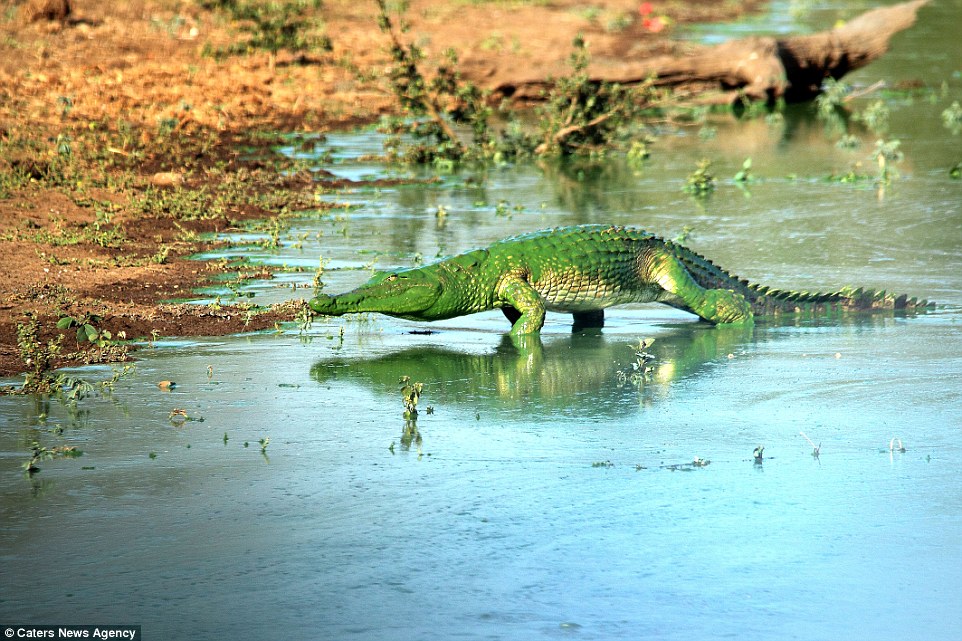 “However, a new study by Chilean researchers indicates that some forms of cylindrospermopsis produce a neurotoxin which would not be inconsistent with the alligator deaths occurring in the lake.” 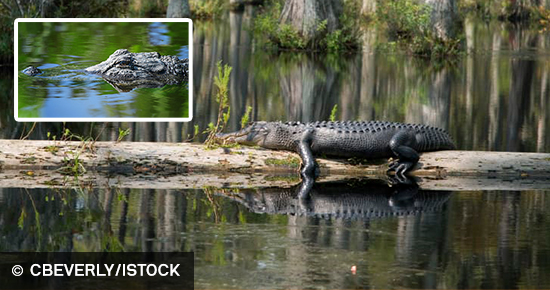 The results of the study, which looked at water in and around Sau Paulo, Brazil, were published in the October issue of the journal Toxicon. 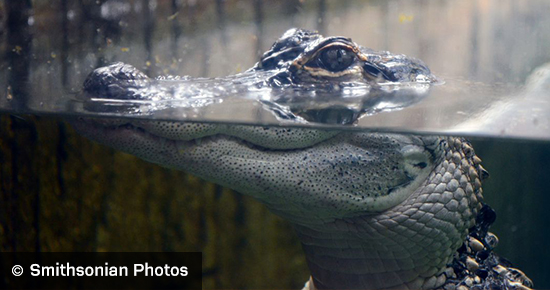 Phlips said there have been no reports of any human deaths associated with cylindrospermopsis blooms. 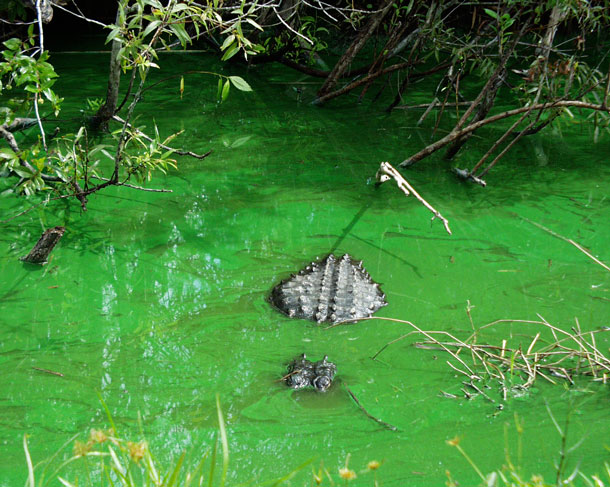 Perran Ross, a conservation biologist with the Florida Museum of Natural History at UF, and other researchers have been at a loss to explain the alligator die-off.

“It’s a mystery as to why they are dying and a little disturbing that something as big and tough as an alligator is being affected by something in this lake,” Ross said. 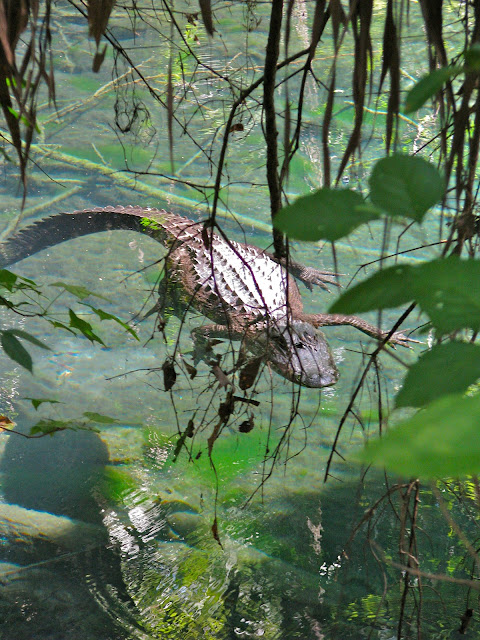 Initial examinations of the alligators revealed nothing unusual, Ross said. The alligators didn’t exhibit the liver problems usually associated with any of the known cylindrospermopsis toxins, he said. 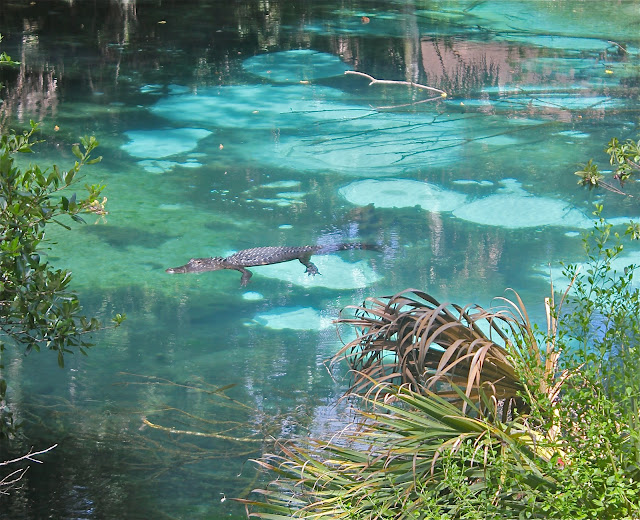 “After a very extensive examination, we were disappointed to find very little wrong with them,” Ross said. “All of their internal organs and systems appeared to be normal, and their blood values were similar to those reported for other alligators.”

But more precise testing by Trenton Schoeb, a professor of pathobiology with UF’s College of Veterinary Medicine, revealed other problems with the giant reptiles. 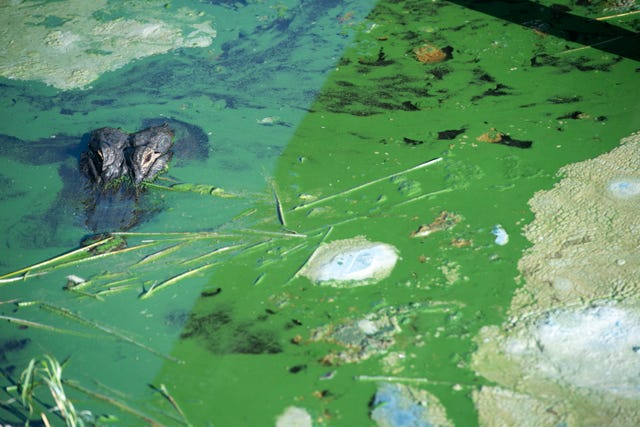 “The alligators were found to have neural impairments,” Ross said. “Their nerve conduction velocity is about half of normal alligators. Many of them have microscopic signs of damage to their peripheral nerves, and they have lesions in their brains.” 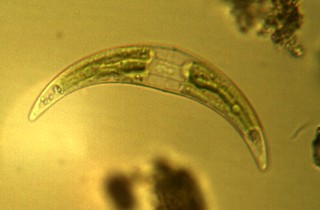 Phlips said it is difficult to establish exactly how long the algae has been in Florida, but it has become a major feature of the plankton community of Lake Griffin for more than five years. 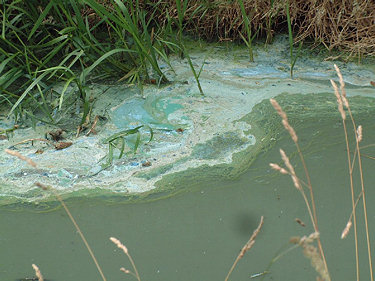 In recent years, the algae has become an unwelcome — and uncomfortably abundant — guest in the 9,000-acre lake. 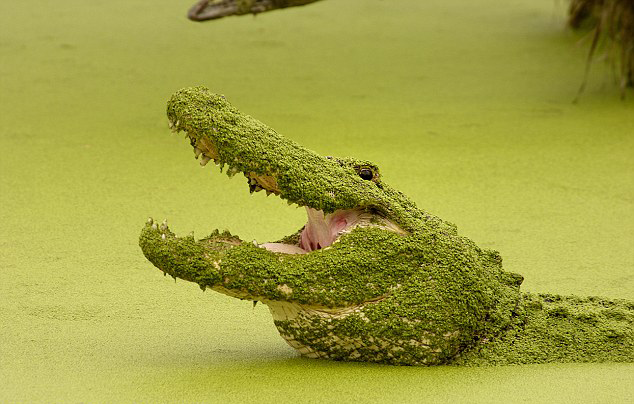 “The situation is that there’s a lot of cylindrospermopsis in Lake Griffin now,” said Phlips. “It’s very dense and it persists during large portions of the year. 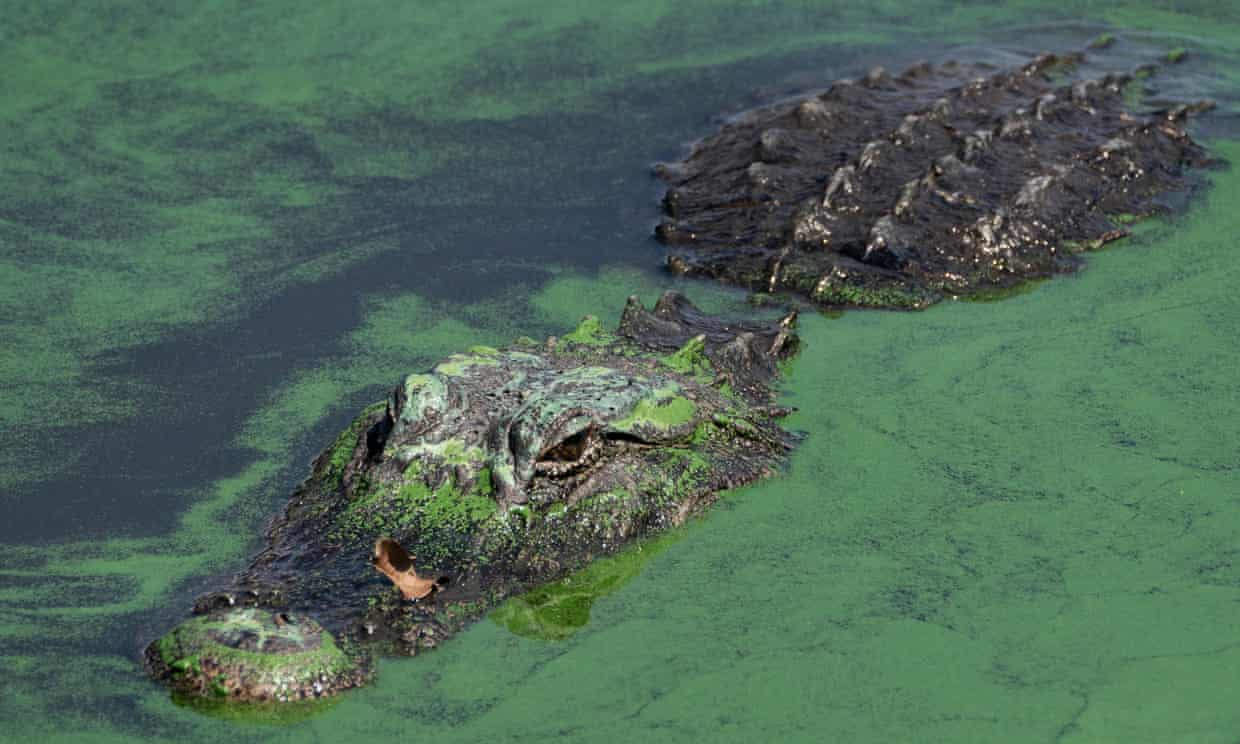 “Lake Griffin is one of the more bloom-prone lakes in Florida over the last couple of years. We’ve been taking samples over the last five years, and cylindrospermopsis has been blooming during that entire period,” he said. 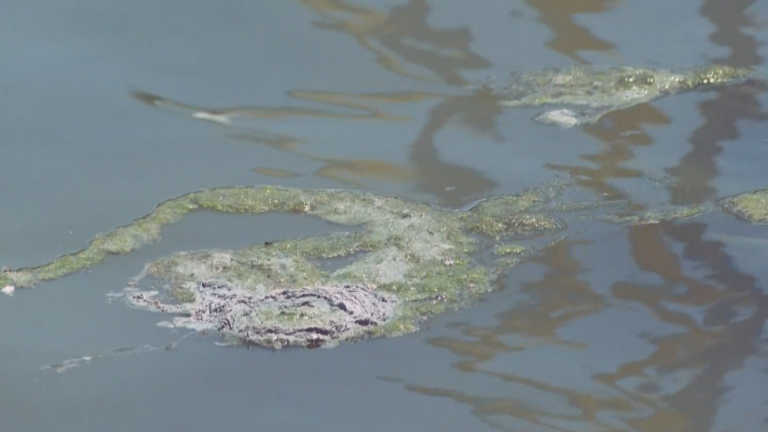 But whether or not cylindrospermopsis is the cause of the alligators’ deaths, Ross said, the algae’s abundance is a symptom of an overall problem with Lake Griffin that doesn’t have an easy solution. 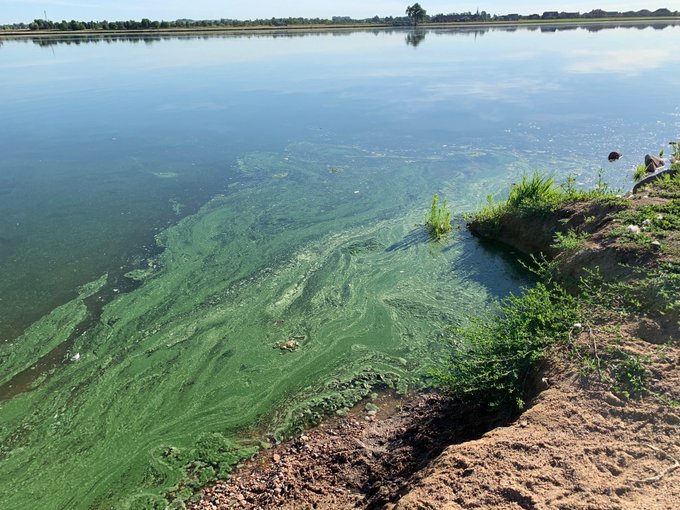 “The algae may be producing the toxin that’s affecting the alligators, but it’s certainly affecting the ecology of the lake,” Ross said. 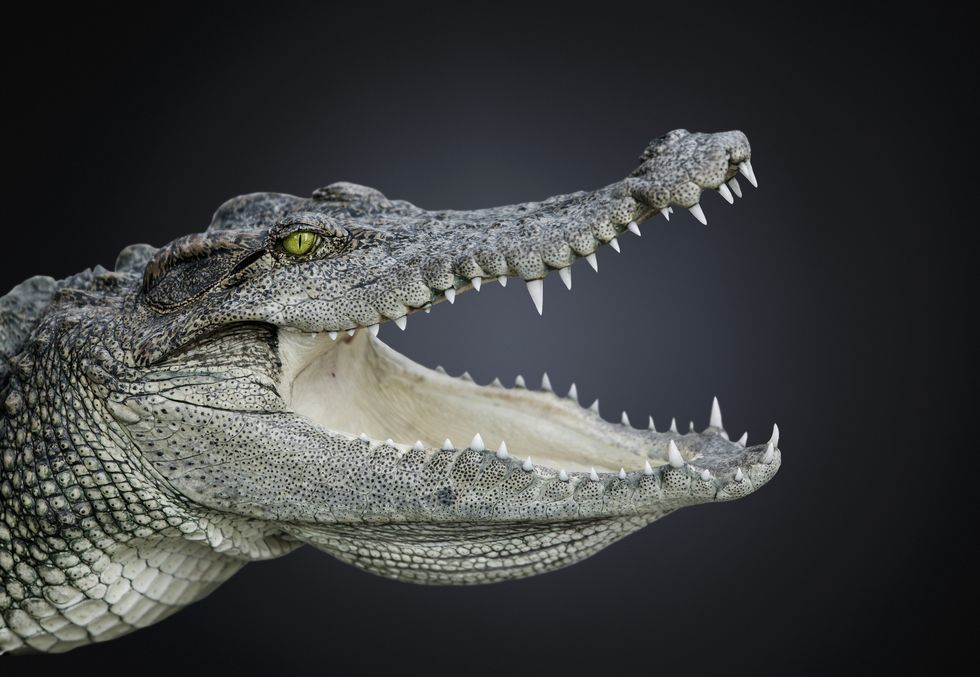 “There are almost no bass in this lake anymore, but there are lots of catfish and other less-desirable species that do well in this muddy, murky, heavily nutrified water. “The toxic algae and the dead alligators are symptoms of a pervasive disturbance in the lake’s ecology.”

The 16 Funniest Wildlife Photos Of 2021 Have Been Announced, And They Will Make Your Day

Extraterrestrial Message To Human Race – “Do You Wish That We Show Up?”

In 1993 the 2,500-year-old mummified remains of a woman were discovered. Her body was given mythical status by many.

admin - 12/12/2021
0
I agree that there are many extraordinary animals out there. Some were born with distinctive skin, albino or melanistic, making them stand out from...