Astronomers refer to these worlds as “super-habitable” planets. 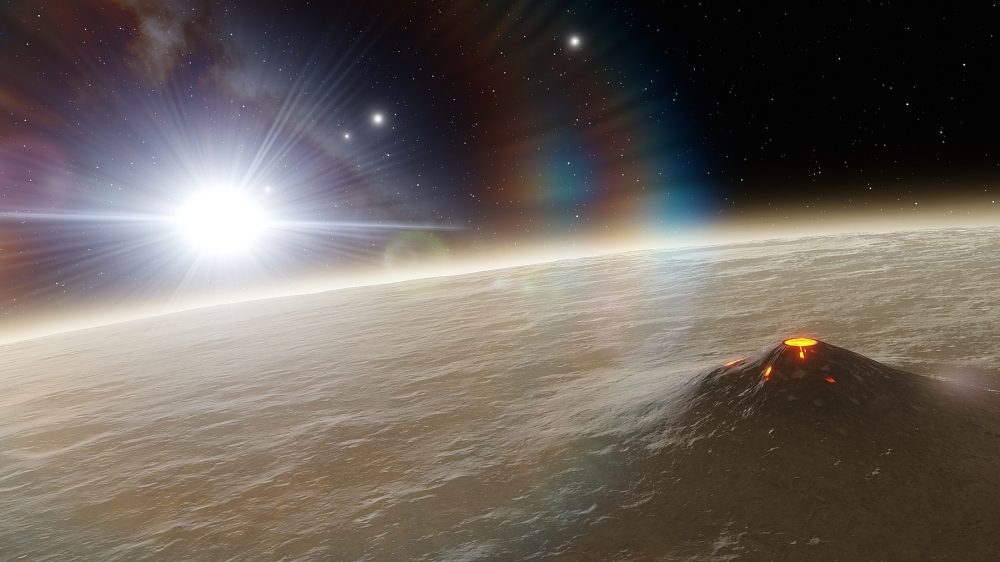 Scientists have identified as many as 24 super habitable planets in the galaxy that are much more suitable for life as we know it than Earth.

Our solar system is a very special place. The number one reason is that, as far as we are concerned, and pending validation of the discovery of potential alien microbes on Venus, only Earth is habitable. Life developed here and nowhere else in the solar system, or at least that’s the information we have to date.

Nonetheless, alien life could be far more widespread than we’ve initially thought, and the best places where it may exist could be Venus, Mars, and some of the moons orbiting Jupiter and Saturn.

However, confirming or rejecting that hypothesis is not so easy.

It is even more difficult to find out whether other star systems in the galaxy and the universe are home to life as we know it.

Although it is not possible for our current technology to take us within a lifetime to another star system, we can use space telescopes and ground-based telescopes to study the galaxy, the stars, and exoplanets within it.

These observations, studies, and measurements have recently revealed fascinating information; dozens of planets outside our solar system have been found to host more suitable conditions for life as we know it than Earth itself. A study has also found that there are stars in the universe that are much more suitable for allowing life to develop on planets orbiting them, compared to our sun.

All of this raises the hopes that alien life is common in the universe.

A study led by Washington State University (WSU) scientist Dirk Schulze-Makuch, recently published in the journal Astrobiology, details the characteristics of possible ‘super-habitable’ planets, including those that are older, slightly larger, slightly warmer, and possibly more humid compared to the Earth. It has been found that life as we know it could also thrive more easily on planets that revolve around slower-changing stars with a longer lifespan than our sun.

Astronomers have even found those types of planets. The top 24 contenders for super-habitable planets are located more than 100 light-years apart, but Schulze-Makuch said the study could help focus future observational campaigns, such as that of NASA’s James Webb space telescope, LUVIOR space observatory, and the PLATO space telescope of the European Space Agency towards their stars, in an effort to better understand what these worlds are like.

“We can distill a shortlist of 24 top contenders among the >4000 exoplanets known today that could be candidates for a super habitable planet. In fact, we argue that, with regard to the search for extrasolar life, potentially super habitable planets may deserve higher priority for follow-up observations than most Earth-like planets,” writes Schulze-Makuch, René Heller, and Edward Guinan in their paper published in Astrobiology.

The next generation of telescopes will help astronomers in identifying what the potential super habitable planets are like, and whether they really are such cosmic goldmines after all. However, Schulze-Makuch warns that although “we have to focus on certain planets that have the most promising conditions for complex life, we have to be careful to not get stuck looking for a second Earth because there could be planets that might be more suitable for life than ours.”

They worked on identifying potential super-habitability criteria which led them on a journey to analyze around 4,500 known exoplanets and look for potential candidates. The scientists combed through many star systems (from the Kepler Object of Interest Exoplanet Archive) and selected those that have the most probability of hosting terrestrial planets that orbit the star within the so-called habitable zone, where water can exist in a liquid state.

After going through many important characteristics, like the age of the stars, the type of star, and their energy output, they discovered a group of 24 planets that fit their criteria, although among the top 24 candidates none of them met all the criteria for super habitable planets.

The critical characteristics taken into consideration by the researchers include worlds that are between 5 billion and 8 billion years old, planets that are around 10% larger than Earth, and 1.5 times the Earth’s mass. Water is key, and the more of it the better as it will certainly help the exoplanet, especially if it comes in the form of moisture. A slightly greater overall temperature would also be nice, the researchers say. A mean surface temperature of approximately 2 degrees Celsius greater than Earth would be more suitable for life.

“It’s sometimes difficult to convey this principle of super habitable planets because we think we have the best planet,” explained Schulze-Makuch.

“We have a great number of complex and diverse life forms and many that can survive in extreme environments. It is good to have adaptable life, but that doesn’t mean that we have the best of everything.”

According to the researcher, only one exoplanet has all four of the “critical” characteristics which makes it far more comfortable for the development of life than our home planet.

Join the discussion and participate in awesome giveaways in our mobile Telegram group. Join Curiosmos on Telegram Today. t.me/Curiosmos

Say Hello To Carly, The Newest Foal In the Budweiser Clydesdale Family

Enraged monkeys kill 250 DOGS by dragging them to the top of buildings and dropping them off ‘out of revenge’ after pups killed one...