Archaeologists have discovered the remains of a 7,200-year-old skeleton from a female hunter-gatherer in Indonesia that has a “distinct human lineage” never found anywhere in the world, according to research published this week.

The relatively intact fossil, which belonged to a teenager aged 17 or 18 nicknamed Bessé, was buried in the foetal position inside Leang Panninge, a limestone cave in South Sulawesi.

The structure was found among tools for hunting and gathering fruits from this area, which dates back to the Quaternary era.

The discovery, published in the journal Nature, is believed to be the first time ancient human DNA has been discovered in Wallacea, the vast chain of islands and atolls in the ocean between mainland Asia and Australia.

The researchers describe Bessé as a “genetic fossil”. Genetic sequencing showed she had a unique ancestral history not shared by anyone living today, nor any known humans from the ancient past, Brumm said.

Around half of Bessé’s genetic makeup is similar to present-day Indigenous Australians and people from New Guinea and the Western Pacific islands.

The story, however, remained incomplete. It was to find out more that a team decided to carry out new excavations in the cave and collect other samples. These made it possible to restrict the age of Bessé to between 7,200 and 7,300 years. At the same time, the researchers also looked at his bones from which they managed to extract intact DNA.

“It was a big challenge as the remains had been severely degraded by the tropical climate,” said Selina Carlhoff, of the Max Planck Institute for the Science of Human History and lead author of the study, in a statement. specifying that the DNA was taken from the bone of the inner ear. 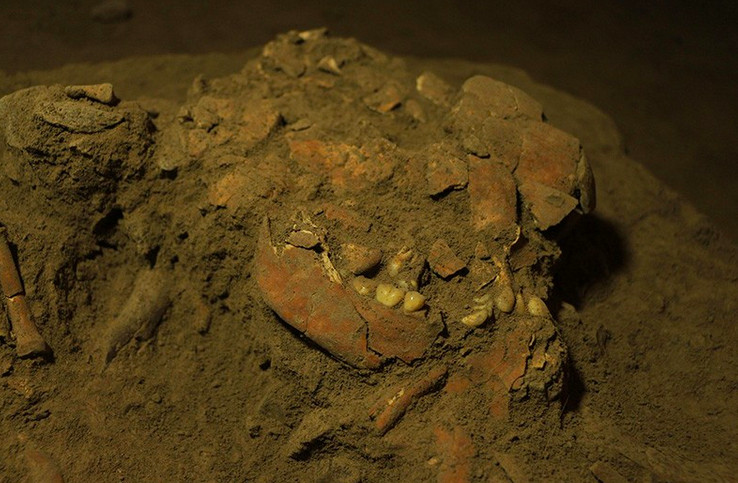 So far only a few pre-Neolithic skeletons had already delivered DNA throughout South Asia. The genetic material of Bessé thus assumes a double importance.

This is the first direct genetic index of the Toalean culture but also the first ancient human DNA obtained in Wallacea, the area which includes the islands located between Borneo and New Guinea.

And this unprecedented feat has revealed unexpected conclusions about the origins of the Toaleans. The young woman’s genome has been shown to be in part similar to that of Australian Aborigines and present-day inhabitants of New Guinea and the western Pacific. This includes DNA inherited from the Denisovans, distant cousins ​​of the Neanderthals.

This result confirms the hypothesis that these hunter-gatherers were related to the first humans to gain Wallacea around 65,000 years ago. “They were the first inhabitants of the Sahul, the supercontinent that emerged during the Pleistocene when the global level of the oceans fell,” said Professor Adam Brumm of Griffith University who co-led the study.

At that time, the Sahul included Australia, Tasmania and New Guinea united by land bridges. “To reach the Sahul, these pioneers made ocean crossings through the Wallacea, but little is known about their journeys,” he continued in another statement.

Bessé’s DNA, however, showed an unsuspected ancestral signature suggesting a link with a population of Asian origin.

However, so far, scientists only knew of a migration of modern humans from eastern Asia to Wallacea and this occurred about 3,500 years ago, well after the time in which the young woman lived. 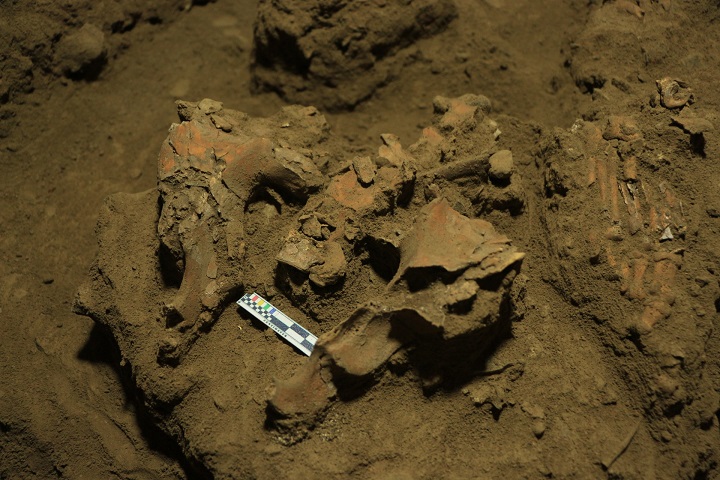 The team did not find any correspondence between the ancestors of Bessé and those of the current inhabitants of Sulawesi who mainly descend from Neolithic farmers who arrived in the region three millennia ago.

The hunter-gatherer would thus present a human line never encountered before and which seems to have disappeared 1,500 years ago.

“Bessé’s ancestors did not mix with those of Australian Aborigines and Papuans, which suggests that they would have arrived in the region after the initial settlement of the Sahul – but long before the Austronesian expansion,” said Prof. Brumm and colleagues in an article published on The Conversation website.

Besides this distinct arrival, this extinct culture also appears to have had very limited contact with other ancient communities in Sulawesi and neighboring islands, remaining isolated for millennia. So many conclusions that raise new questions about the Toaleans and their origins.

Scientists hope that new genetic analyzes among the population of the Indonesian island could help find traces of the genetic inheritance of these hunter-gatherers. They also plan to carry out new excavations within the Leang Panninge cave.

“Bessé’s discovery and the implications of his genetic ancestry show our limited knowledge of the early human history of our region and the amount of things still to be discovered there,” concluded Prof. Brumm.

A woman spent 14 years photographing our planet’s oldest trees, and here are the results

These Massive Tunnels Were Dug by a Giant Sloth That Lived 10,000 Years Ago in South America

Could the ‘Eye of the Sahara’ Be the Lost City of Atlantis?

This Traffic Jam Was Stuck In Belgian Forest For 70 Years

The Best Places to Photograph in Montana

Headless Horse Unearthed in an Elite Merovingian Cemetery in Germany

admin - 01/01/2022
0
An elite Merovingian cemetery in Germany has yielded a wide range of warrior weapons and luxury jewelry. But what is getting all the attention...