A surprisingly beautiful photo of an ice crystal on the window of the International Space Station (ISS) has left the experts both fascinated and puzzled.

Cosmonaut Sergey Korsakov captured a stunning image of frost on the International Space Station’s window (ISS). You might think it’s beautiful but not unusual, but it is. This could be the first image of ice crystals forming on a spacecraft window, and no one knows how they formed. 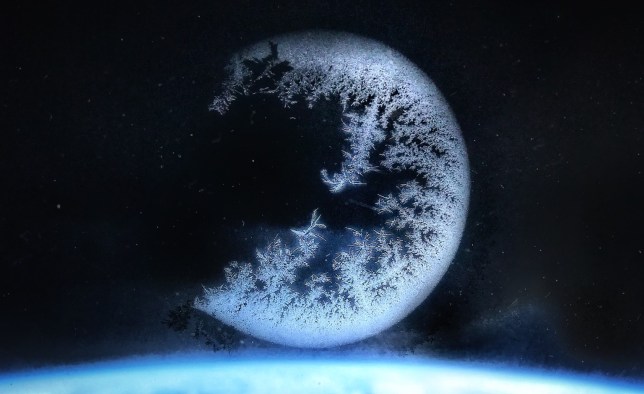 The ice crystal that formed on the window of the ISS (Credits: @SergKorsakov/Twitter)

Korsakov posted the image on Twitter and Telegram in late May. The cosmonaut explained on Telegram that the ice crystals were long-lived, lasting 24 hours, and that the condensation pattern remained even after they melted. Its formation is unclear, and, surprisingly, there is no scientific literature on the subject.

When journalists contacted ISS members from NASA, ESA, and JAXA for comment, all three were hesitant to comment because the window could be in the Russian module of the ISS and no one is speaking to Roscosmos.

We can only speculate

without that knowledge. The windows on the International Space Station are made up of multiple panes, with the internal ones separated by air and the external ones by vacuum. The ice crystals could be within the panes or on the station’s interior. Some have believed that it could be the cosmonauts breathing on the window, but the shape of the frost (an almost perfect circle) and the temperature of the ISS make this unlikely.

“The feature seems to have most ice at the borders of the circle –  this suggests the formation mechanism is acting equally from all sides, reaches a threshold to form ice at the circle edge, and then all water vapour is depleted before it gets to the middle,” Dr James Lea, a glaciologist at the University of Liverpool, told IFLScience.

“The bits of ice that extend into the middle are ice crystals being ice crystals and using themselves to help expand out –  they can’t go outside the circle as it’s too warm.” 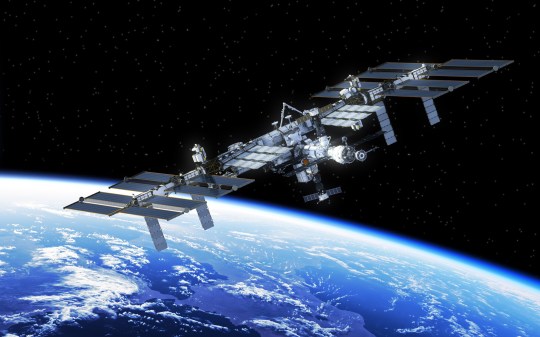 The International Space Station (ISS) is the largest single structure ever put into space by humans.(Picture: Getty.)

which is also puzzling, could be caused by a temperature gradient in the glass. However, it would be dependent on the properties of the Windows, which are currently unknown.

“I suspect that the location of the ice reflects a temperature gradient across window. You might expect the contact point between the window and the hull of the space station at the window perimeter to be warmer than the centre of the pane.” told Dr Tom Whale, an expert on the role of ice nucleation in atmospheric science and cryobiology from the University of Warwick.

”If there is a little water vapor

in a cavity between panes of the window, or perhaps a leak of relatively moist air from the space station into the cavity, it may be that ice tends to form at the point on the window where it gets cold enough for ice to form, and then grows inward from there. The circular shape of the ice may reflect a circular window geometry.”

READ MORE: Astrophotographer Snaps Incredible Photo Of Astronauts On A Spacewalk From Earth

Man points camera at ice – then captures the unimaginable on film

Trends to Wear All Summer Long

Man points camera at ice – then captures the unimaginable on...

admin - 06/04/2022
0
Photographer James Balog and his team were examining a glacier when their cameras caught something out of the ordinary. The incident took place in Greenland,...